Ukraine's bill on Asset Recovery & Management Agency - an act of self-sabotage or self-preservation? 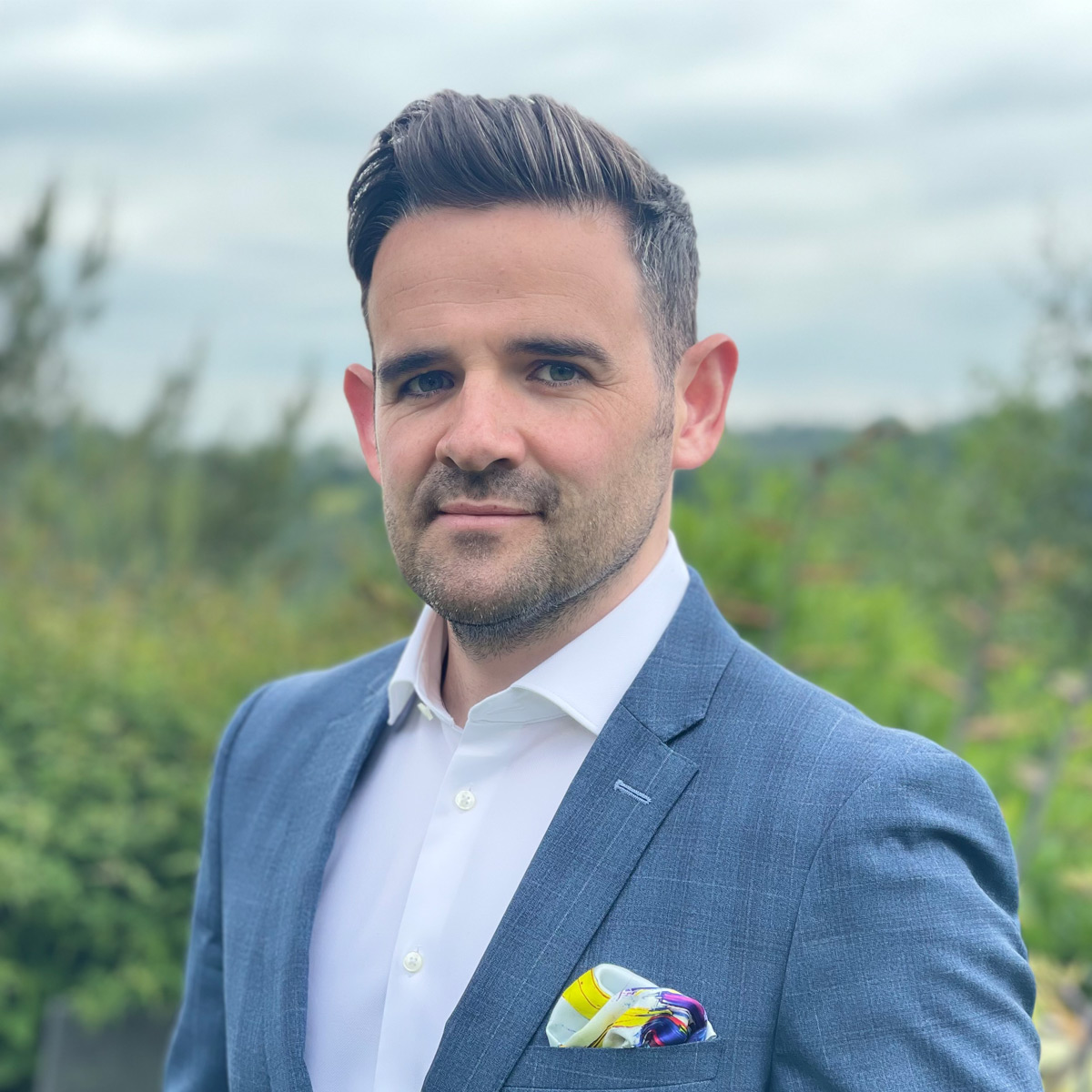 How will the reforms impact on the effectiveness of ARMA?

In June 2021, the ‘Verkhovna Rada of Ukraine’ passed the 145141 bill, significantly limiting the powers of the ‘Agency for Search and Management of Assets’ (ARMA) to sell seized assets until a final court decision has been made. Previously, these powers have been imperative (and used by most countries) in the on-going and difficult battle to recover assets in anti-corruption investigations. So should we be concerned?

This topic of discussion is very timely, given that less than 2 months ago I moderated an International Workshop which saw leading asset management practitioners from around the world sharing their experiences with Ukrainian parliamentarians, government, and law enforcement on how to manage seized and confiscated assets more efficiently and effectively in the overall asset recovery process. This event was organised by the EU Anti-Corruption Initiative (EUACI), and provided technical assistance, in particular to anti-corruption institutions in Ukraine, and the Verkhovna Rada Committee on Anti-Corruption Policy.

When assets are seized at the beginning of an investigation, it can often take years to reach a final decision on a case. Therefore, it is difficult to justify any piece of legislation that allows assets to depreciate in value and involves significant costs for their storage or maintenance, pending the end of the proceedings. This is one of the few areas where both sides of the legal argument have a common interest in protecting the value of assets.

Imagine if a falsely accused person who was deprived of several luxury cars had them returned after just 5 years but with significant depreciation and impairment. Similarly, imagine how we might explain to the victims of such a fraud case why the courts allowed the confiscated luxury cars to depreciate for years before finally deciding to sell them; thus reimbursing only part of the loss? Neither scenario is satisfactory.

What are the best international practices?

Unsurprisingly, the topic of seized assets is widely discussed around the world. One of the most comprehensive studies on this topic was undertaken by the ‘United Nations Office on Drugs and Crime’: "Effective management and disposal of seized and confiscated assets", which compared the approaches of different countries. Additionally, the ‘UN Convention against Corruption’ has published fourteen non-binding guidelines that form the basis for many countries processes regarding asset recovery. These principles serve as a roadmap and demonstrate agreed international best practices that all countries should strive to implement.

The first principle addresses the key issue of pre-seizure planning which is often given too little attention. One vital aspect is the effective cooperation between the agencies involved in the investigation and seizure of assets and those entrusted with their management and sale. The issue regarding the sale of assets pending a final court decision (which is currently being actively discussed in Ukraine), is addressed in the second guiding principle of the ‘UN Convention against Corruption’. It outlines the benefits and importance of selling assets prior to a final court decision.

Any obstacle in ARMA's path to implementing international standards, particularly in the form of restrictions on the sale of assets, will be an irreversible step backwards in the fight against corruption in Ukraine.

Under national law, states must consider allowing the sale of assets to be confiscated with or without the consent of the owner in certain scenarios. As asset status has not yet been determined at an intermediate stage, some jurisdictions prohibit the sale of assets before confiscation or restrict the sale of perishable goods only.

However, approaches to selling assets before final confiscation are evolving.

As the cost of storing assets that lose their value increases over time, countries are increasingly creating conditions for sales before confiscation of assets in certain scenarios (also called intermediate sales, temporary sales, early sales or prospective sales).

The ultimate goal of managing frozen or seized assets is to ensure that they are maintained at minimal cost and maximise profits from sales.

Given the cost of asset management and the time required to reach a final decision, when the asset is not evidence in a criminal investigation, states should consider selling for confiscation, which consists in the intermediate sale of assets until the final court decision, states should strike a balance between economic the efficiency of asset management and the legitimate interest of the owner in preserving and returning the asset when the confiscation order has not been issued.

Moreover, the guidelines consider the need for a pre-trial sale even without the defendant's permission.

"However, the sale before confiscation should also be considered without the owner's consent for certain situations and limited categories of assets, such as: perishable assets; rapidly depreciating assets; assets whose storage or maintenance value is disproportionate to their value; assets that are difficult to manage, or management of which requires special conditions or experience that are not available; assets that are easy to replace; assets that are owned by the fugitive. "

Although we are lucky to have excellent international recommendations, we still face difficulties regarding their practical implementation. Organisations such as Europol regularly cite alarming statistics, according to which only 1% of criminal assets are subject to final confiscation. Although this figure may not accurately reflect the real state of asset recovery internationally or even in Ukraine, evidence suggests that globally each country could improve its asset recovery rates for the benefit of its citizens and to fund future law enforcement activities.

Why is asset recovery so important?

The ‘Financial Action Task Force’ (FATF) on Money Laundering stressed the importance of returning assets during their last plenary session in June 2021:

By confiscating profits, the authorities destroy the incentives that lead to criminal activity. The return of assets compensates victims of crime and prevents illegal funds from entering the financial system and the economy as a whole.

The return of assets destroys criminal activity, reduces the danger to society and builds trust in a just society and the rule of law. "

"…the process of returning stolen proceeds to the country from which they were exported. This process involves tracking, freezing, confiscating and repatriating stolen assets; it is usually complex and lengthy, covering several jurisdictions."

But as a rule, most people are not aware of the bigger picture when it comes to asset recovery. The media's tentative headline, "10 million euros stolen by corrupt government officials" minimises the scale of the destructive impact of corruption, for example. These €10 million could be invested in the country's vital infrastructure, such as health or education, and these missing funds in the state budget will have a much greater economic effect, long term, than the initial accounting impact of the theft itself.

‘Transparency International’ continues to emphasise the importance of asset recovery, describing that,

“financial losses from corruption deplete resources for development and provide a corrupt elite with the means to pay off allies and undermine representative government.

The stakes are too high and the impact is too great for any decisions that are deliberately contrary to internationally recognised best practices and avoid detailed study and balanced discussion.”

Asset management is an often-forgotten component of effective asset recovery

We are all aware of the complexity of international asset recovery and the fact that many cases often take years or even decades to complete. The high cost of investigating these cases suggests that the sums returned to society are only part of what was originally stolen from the country. And if, after all the hard work of law enforcement and the prosecutor's office to seize and confiscate assets, we then allow these assets to depreciate unnecessarily whilst spending money on their storage and maintenance, it will be the worst solution for Ukrainian society.

We waive potential compensation to society and victims of crime if we do not have legal provisions that allow the ARMA (or any asset management agency for that matter) to act quickly and unhindered to secure the remaining value of the asset.

To ensure the recommendations of the ‘UN Convention against Corruption’ can be adopted by all countries, it is important to learn from the good practices of many international agencies that regularly use the sale of assets before a court decision in favour of the state. Therefore, given how important ‘effective asset recovery’ is to improve the lives of any country, it is of grave concern that the 145141 bill has been passed. Potentially, this change in legislation could be as destructive as the corruption itself.

Strengthening Ukraine's anti-corruption capacity and improving the asset recovery process should be the goal of the new law, not an obstacle to it.

The views and opinions expressed in this article are those of the author and are not the official position of any organization.